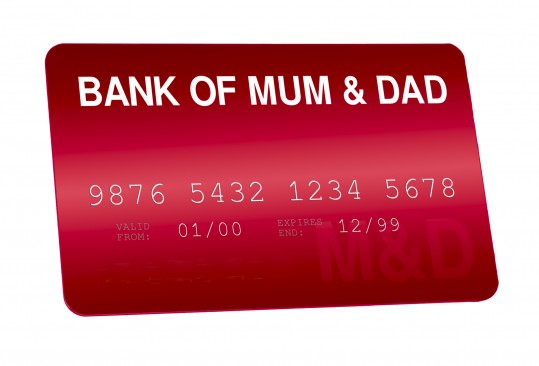 Why Intergenerational RRSP Loans Might Not Be Such a Good Idea

Should the RRSP Home Buyers’ Plan (HBP) be expanded and modernized? That’s what the Canadian Real Estate Association (CREA) is proposing. CREA has put forward a number of proposals, the biggest of which is “intergenerational RRSP loans” to help first-time homebuyers.

At first glance this seems like a good idea. Home prices are rising fast in big cities like Toronto and Vancouver, requiring larger down payments, so why not throw more money at the problem? Unfortunately, this proposed change could do more harm than good. Let’s take a closer look.

The Bank of Mom and Dad

Parents are already gifting money to their adult children through the Bank of Mom and Dad, so why not let them do it in a tax-advantaged way? CREA wants both parents to be able to loan RRSP funds to anyone they had previously claimed as a dependent on their income tax return. CREA says allowing intergenerational RRSP loans would “ease the financial burden that many young Canadians face when trying to purchase a home for the first time.”

The Toronto Real Estate Board (TREB) echoed this statement, saying, “a formalized mechanism which allows for the transfer of RRSP funds from parents to their children would help not only increase the available down payment and reduce the amount borrowed, but also limit risk to the lender.”

Nearly one in five first-time homebuyers are already getting financial help from a family member with their down payment, finds an online survey by CMHC. With rapidly rising home prices in major cities across Canada, the increase in adult children making withdrawals from the Bank of Mom and Dad should come as no surprise. So are intergenerational RRSP loans the solution?

Putting Their Retirement at Risk

On the surface, intergenerational RRSP loans look like a good idea. All the points CREA and TREB have made are valid, but there are several key flaws they conveniently left out.

Intergenerational RRSP loans would tend to favour the rich. Children of wealthy parents would have a distinct advantage over parents who can’t afford to gift their adult children their down payment funds. I don’t know about you, but my parents aren’t in the financial position to gift me money toward a down payment for a home and I’m not alone. Many parents aren’t.

And for the parents that do gift their kids money, some of that money’s not even coming from savings. Some parents are tapping into the equity of their homes to gift their adult children the money. While I’m all for helping your adult child when possible, putting your financial wellbeing in danger, especially when your child’s peak earnings years are ahead of them, makes absolutely no sense.

Letting parents use their RRSP funds to loan to their children to buy a first home is a slippery slope. The RRSP should be used as it was intended: for retirement savings. The facts speak for themselves. Only about a third of Canadians have a workplace pension plan. With people living longer than ever before, combined with the perpetually low interest rate environment, our parents will likely need every penny in retirement.

And then there are those darn “unintended consequences.” Although intergenerational RRSP loans may help some first-time homebuyers in the short-term, they’re likely to push up home prices in the long-term for everyone. This helps homeowners and real estate agents, but not so much home buyers.

Instead of throwing more money at the at the problem, a much better answer would be fixing the lingering housing supply issue. Cities like Toronto and Vancouver need higher density along transit corridors and creative solutions like laneway houses and family-sized condos to address the “missing middle.”

There’s no silver bullet to fixing the rising home price phenomenon. But the sooner governments realizes that, the sooner they can start addressing the housing supply mismatch in big cities.

Sean Cooper is the author of the new book, Burn Your Mortgage: The Simple, Powerful Path to Financial Freedom for Canadians. He bought his first house when he was only 27 in Toronto and paid off his mortgage in just 3 years by age 30. An in-demand Personal Finance Journalist, Money Coach and Speaker, his articles and blogs have been featured in publications such as the Toronto Star, Globe and Mail, Financial Post, Tangerine: Forward Thinking blog and MoneySense. You can follow him on Twitter @SeanCooperWrite.