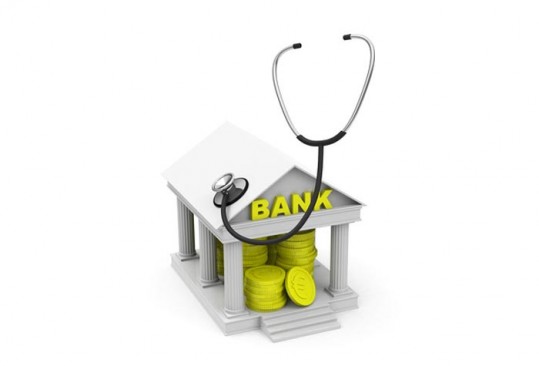 Canada’s banking regulator OSFI (short for Office of the Superintendent of Financial Institutions) has become quite the water cooler conversation topic these days. “How ‘bout them Blue Jays?” has been replaced with “did you hear about the latest mortgage rule changes?” Although these were perhaps the most anticipated mortgage rule changes in history, there’s still some confusion about them – mainly, how the stress test works and who is affected. This post is aimed to clear that up once and for all.

If you’re a homebuyer making at least a 20 percent down payment, you’d find it easier to qualify under the old mortgage rules. If you went with the security of a five-year fixed rate mortgage (like many first-time homebuyers do), you’d only have to qualify at your contract (actual) mortgage rate. So if you sign up for a five-year fixed rate mortgage at 3.09 percent, you’d only have to qualify at 3.09 percent, plain and simple. This all changes January 1, 2018 – or sooner, in some cases.
If you’re a conventional borrower (at least a 20 percent down payment), under the new mortgage rules you’re now subject to a new, stricter mortgage stress test. You’ll need to qualify at the greater of the Bank of Canada’s five-year benchmark rate (currently 4.99 percent) or your contract mortgage rate plus two percent. (This is the equivalent of a two percent mortgage rate hike overnight. Kind of ironic that the Bank of Canada is afraid of raising interest rates by only 0.25 percent.)
Using the above example, since your mortgage rate is 3.09 percent, you’d need to qualify at 5.09 percent (your contact rate of 3.09 plus two percent) since 5.09 percent is greater than 4.99 percent.

Why is OSFI Introducing the New Mortgage Rules?

You may be wondering why OSFI is introducing a set of new mortgage rules, especially at a time when we’ve seen mortgage changes galore over the past few months: a new stress test on insured mortgages, Ontario’s Fair Housing Plan and higher mortgage rates, to name a few.
OSFI says it’s introducing these changes to its guidelines, known as B-20, to “reinforce a strong and prudent regulatory regime for residential mortgage underwriting in Canada.” The banking regulator wants you to prove that you can handle higher mortgage rates if and when they arrive. Me, personally, I see this as a good thing. This helps us avoid the all-too-common mistake of buying “too much” house.
While I’m for avoiding a housing crash, introducing too many mortgage rules changes at once within a short timespan could cause just that, a housing crash, the very thing the banking regulator was looking to avoid in the first place.

How do the New Mortgage Rules Affect my Home Buying Power?

If you’re in the market for a home, you’re probably wondering how the new mortgage stress test affects your home buying power. Now it’s time to crunch some numbers. Let’s say your family earns $100K a year and you’re making a 20 percent down payment. You choose a five-year fixed rate mortgage at 3.09 percent, amortized over 25 years.
Under the old mortgage rules, you’d be able to spend up to $706,692 on a home, but under the new mortgage rules, you’d only be able to spend $559,896. That’s a drop of $146,796 or 20.77 percent – ouch!
If you’re buying in more affordable markets like Winnipeg and Halifax, the new mortgage rules probably won’t affect you much, but what if you’re buying in pricey markets like Toronto and Vancouver? With the average price of a condo over $500K in Toronto, under the new mortgage rules you may be hard-pressed to find a property in your desired neighbourhood that you can afford. (And that’s assuming you have an annual income of $100K. If you’re buying on your own and earn a lot less, you may be faced with the tough decision of “driving until you qualify” or renting in the city and buying an investment property in more affordable surrounding markets like London and Waterloo.)

How the New Mortgage Rules Affect the Housing Market? Will

Other Important Things to be Aware of

Here are some other important things to be aware of about the new mortgage rules:

Although the new stress test comes into effect January 1, 2018, some lenders may introduce it sooner. Non-bank lenders like First National have said they don’t plan to introduce the new mortgage rules before January 1st, but it wouldn’t surprise me if the big banks introduce them early.
The new stress test only applies to federally regulated lenders (i.e. the big banks and many non-bank lenders). Since credit unions are provincially regulated, they aren’t subject to the stress test – yet! We’ll have to see whether credit unions follow suit and introduce similar stress tests of their own.
The new mortgage rules don’t just affect homebuyers.
If your mortgage is coming up for renewal, you’ll need to pass the new stress test if you decide to switch lenders (that’s because you’ll be treated as a new borrower and requalify). But you won’t need to pass the stress test if you stay put at your current lender. This gives lenders less incentive to offer you their best mortgage rate upon renewal if they know you’ll have trouble requalifying under the new, tougher stress test.
You’ll also need to pass the stress test if you’re looking to refinance your mortgage. Common reasons for refinancing include consolidating debt or taking out a Home Equity Line of Credit. If your debt ratios are already on the high side (a GDS ratio over 33 percent or a TDS ratio over 38 percent), it may be in your best interest to apply for refinancing sooner rather than later before the new mortgage rules take effect.

As Rob Carrick points out, even if you have a 20 percent down payment, it may make more sense to make a 19 percent down payment. Here are two reasons why:
1) You’re subject to a less strict mortgage stress test (you’re only stress tested against the Bank of Canada’s five-year benchmark rate, but not your contract mortgage rate plus two percent).
2) Although you’ll have to pay mortgage default insurance, you’re more likely get a lower mortgage rate if you put 19 percent down, as opposed to 20 percent. (And in case you’re wondering why, it’s because there’s less risk for the lender. When you put less than 20 percent down, your mortgage is backstopped by the government, but when you put 20 percent or more down, it’s backstopped by the lender.) There’s a spread of about 0.45 percent on high ratio (less than 20 percent down) versus conventional (20 percent or more down) five-year fixed rate mortgages.