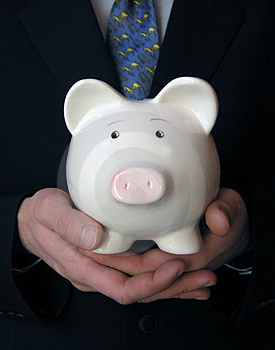 The housing market has seen a lot of changes over the past several months. It all started with the new stress test on insured mortgages last year. Then there was Ontario’s Fair Housing Plan in the spring. More recently we’ve seen higher mortgage rates. If that hasn’t been enough changes to get used to, OSFI is considering perhaps the biggest change of all, extending the stress test to uninsured mortgages.

Simply put, if I was a homebuyer, my head would be spinning from all the rule changes. No wonder so many homebuyers are choosing to sit on the sidelines. (All the talk about a housing bubble in the media sure hasn’t helped either.) The once red-hot Toronto real estate market has officially moved to buyer’s market territory. This is the perfect time to purchase a home, yet many homebuyers are so spooked by all the rules changes that they’re taking a wait-and-see approach.

This is an unfortunate situation that helps no one. It doesn’t help buyers, who are too frightened from all the rules changes to purchase a home. It doesn’t help sellers either, who have seen their home equity dwindle in recent months as property values have fallen from their peak. My best advice to you if you’re a seller is that if you don’t have to sell right now, don’t list your property. This will help with the glut of listings on the market from sellers who are looking to cash out at the same time at yesterday’s peak home prices.

The problem is that not everyone has the choice about when they want to see. Sometimes life happens and you’re forced to sell sooner than you anticipated. You could lose your job, get sick or god forbid, there could be a death in the family. Whatever the reason, if you sell your home right now, you’re more than likely not going to get top dollar, which is a shame, since for many, their home is their single most valuable asset.

My heart goes out to anyone who bought a home in March or April, when the Toronto real estate market was still hot. Not only are property values coming in under the purchase price  for appraisals, forcing homebuyers to make up the shortfall with lenders, if you already own a home and chose buy first and sell later, you’re faced with a tough decision: sell now for less or carry two homes at the same time, hoping that the real estate market recovers in the fall.

All Levels of Government Need to Work Together

All of this could have been avoided if all three levels of government did a better job of working together. Sometimes it seems like they’re working against each other. B.C. is a perfect example. The federal Liberals introduces a stress test for insured mortgages, helping ensure homebuyers can handle higher interest rates. I’m all for that! So what do the B.C. Liberals do? They introduce a new way for first-time homebuyers to take on debt, which is essentially a second mortgage. And these are both Liberal governments. Yeesh!

While I have no problem introducing rules changes to help avoid a crash in the housing market, introducing too many rule changes in a short time span is counterproductive. It’s hard to see the success of the rules changes when another level of government introduces yet another rule change a few short months later. The three levels of government need to do a better job of working together to come up with long-term solutions, not kneejerk reactions to the latest news headlines.

The lack of data in the real estate market is also frustrating. Oftentimes governments are flying blind on major policy decisions. How many foreign buyers are there in Toronto? Although there are estimations out there, we still don’t have a definite answer. Good data would help clear that up. Instead of governments reacting to the latest news headline on foreign buyers supposedly driving up the Toronto real estate market, they’d have the data to know whether it makes sense to introduce a foreign buyer’s tax.

Sean Cooper is the author of the new book, Burn Your Mortgage: The Simple, Powerful Path to Financial Freedom for Canadians. He bought his first house when he was only 27 in Toronto and paid off his mortgage in just 3 years by age 30. An in-demand Personal Finance Journalist, Money Coach and Speaker, his articles and blogs have been featured in publications such as the Toronto Star, Globe and Mail, Financial Post, Tangerine: Forward Thinking blog and MoneySense. You can follow him on Twitter @SeanCooperWrite.